The geographical location of the province With an area of ​​about 28,064 square kilometers, which is 1.7 percent of the country area, Lorestan province is in the southwestern part of Iran. It is located between the Eastern longitude of 46º, 50´, 1´´ and 50 º, 32´, 40´´ and the Northern latitude of 40 º to 34º, 23´. This province borders Markazi and Hamedan provinces to the north, Khuzestan province to the south, Kermanshah and Ilam provinces to the West and Isfahan province to the East. According to the latest country divisions, Lorestan has 11 cities, 25 towns, 31 districts, 87 rural districts and 2861 inhabited villages. Khorramabad is the center of Lorestan province. Lorestan is situated at the heart of North-South and East-West transit corridor, and therefore has special economic, commercial, cultural and political potentials. 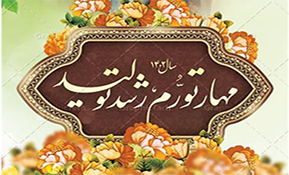